Lions, Zebras, golden trees, vibrant colors, Masaai tribe, radiant sunrises, are just a few things you will see in Kenya. You will also see crazy traffic, poverty, trash, orphans, and beggars. Yet when you look deeper at it all through spiritual eyes seeing what the Father sees, you will see palaces, treasure, gems, kings & queens. 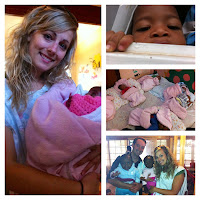 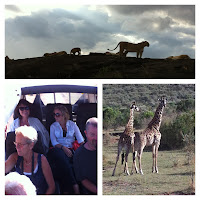 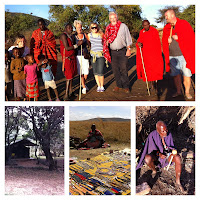 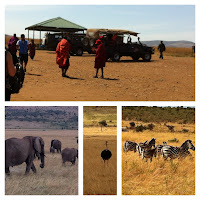 I came to Kenya with the intent to see the Kingdom of God through different lenses and therefore I did. After a few days in Kenya’s main city, Nairobi, exploring the terrain of Kenya through a safari staying in the Bush, and visiting the Massai tribe, we headed toward the Mizpah Prayer Center in Nakuru. There we were greeted with an atmosphere with continuous day & night fervent prayer & fasting. This was a culture that carried such stamina & perseverance in God’s presence. People turned their heart cries from difficulties to God petitioning Him with praises of thanksgiving. They have a mandate to pray for the nations all over the world, yet God has placed a special mandate for 2 nations… Israel & what else? NORWAY! Of all nations, why Norway? Again another place in the world God is drawing people to stand for Norway in prayer. Even on their platform they had 3 flags: Kenya, Israel, & Norway. This is so special. 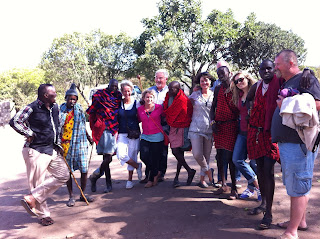 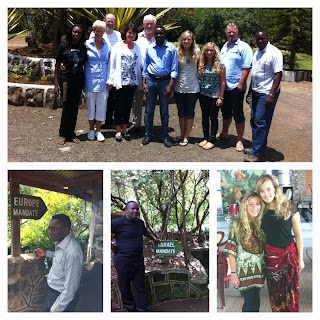 So here we are a team of 7 people representing different generations & different nations coming from Norway to Kenya yet each of us carrying something to be added to this culture here in Kenya also with open hearts ready to receive from Kenya. The focus the Holy Spirit laid on each of our hearts was to encourage & empower the worshippers in their identity as sons & daughters of a good Papa God. Over 25 different denominations of churches gathered at Mizpah for a week of teaching on worship. The Holy Spirit really unlocked people’s hearts to a new level of authentic worship as they explored different expressions of dance, art, songwriting, and received healing from the love of the Father. Two people were physically healed in our dance workshop without any teaching on healing. The Holy Spirit just came with healing of a fractured ankle and head ache. Amazing things happen in God’s presence.

We had a very significant time at the end of the week releasing their unique sounds of worship. Every person on this earth carries his or her own song and each nation and culture carries a unique sound. There are 42 different tribes in Kenya. We encouraged them to write from their own sound & language using their authentic instruments as well to release the sound God has given them to for the glory of God in worship. Jesus died for that sound of worship to be released. It is easy for people to try to copy the sound of the West because that is what is popular and what we hear on the radio and television. Yet God is longing to hear the sounds of His people’s hearts from the language of their hearts that He has given them. It was beautiful to hear so many people during the week writing songs from scripture and from their heart and their language.

It was a challenging, powerful, inspiring week in Kenya. It was great to deposit some things we brought with us there but even greater to leave with treasures that we received. I encourage everyone to check out the Mizpah Prayer Center, go visit or sow financially into what they are doing! They are an incredible example of the Kingdom through reaching out in their community with their orphanage, school, water supplies, crops, and continuous prayer with services everyday twice a day for people to come from all over Kenya! We are excited to develop more of a partnership with them & continue to invest here! Maybe you will want to join us on our next worship mission to Kenya?
Posted by disciplesofworship at 12:19 PM No comments:

Two days ago I emptied out my backpack and attempted to snuggle under the familiar blanket covers on my own bed. Disillusionment from jet lag and pondering thoughts were successful in keeping the shutters of my eyelids open. A morning college class and other responsibilities waiting for me in several hours didn't carry enough motivation for me to sleep. I had so much to process. I still do. A hop, skip and a jump to Africa and back can't just be followed by a cup of tea. It takes time for gazing, enjoying, and analyzing the depths of its experience, like the measures of studying a beautiful painting. 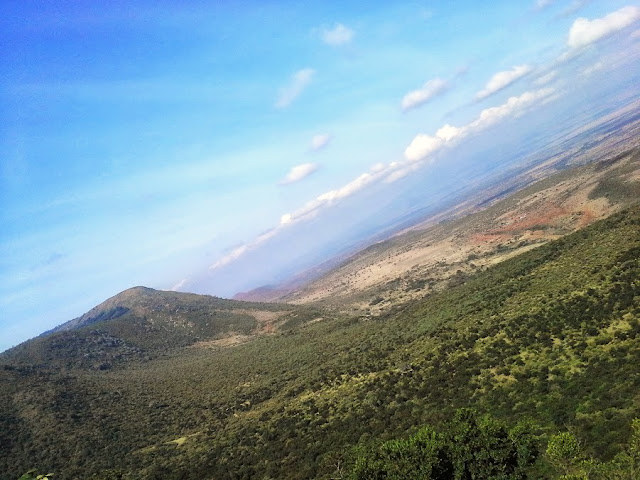 My initial few days spent in Nairobi were honestly somewhat blank and disoriented. I was still getting my bearings for the purpose of me joining this team (Disciples of Worship from Norway). I was gradually recovering from jet lag, exhausted after two days of non-stop traveling. Nevertheless, I jumped right in. We visited an orphanage, squeezed adorable babies & toddlers with love, and ministered with a worship team from a church in Nairobi. Beyond my somewhat blurred perspective quickly to be remedied by sleep and rest, I was already in love with this place.

Soon it was time to venture on a bumpy, 6 hour road trip to visit the Maasai tribe in Maasai Mara. Before heading to facilitate our worship conference at Mizpah Prayer Center in Nakuru, we were highly encouraged by our Kenyan friends to share life with the Maasai and view God's creation through the classic safari experience. Something which continues to sit in my bucket list is to live with an unreached people group for a period of time. I came very close to checking this one off... too close, actually. 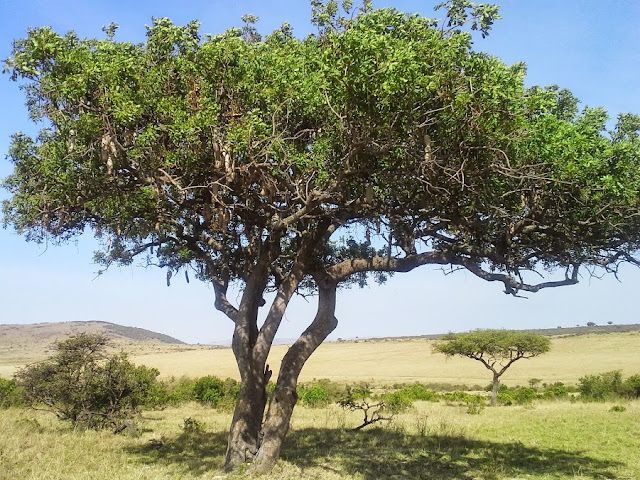 As we entered into Maasai territory, yellow trees glistening of gold from the sunlight welcomed us. The road's bumps intensified as we scanned the landscape for any wild animals in sight. We began to notice herds of goats roaming the fields, often crossing the streets with their young shepherds keeping them together. It didn't take much for the Maasai children to flash their bright smiles, waving toward us cheerfully.

As we continued, clean laundry drying on rocks caught our attention, followed by stares behind the rocks from women dressed in vibrant colors. Men with their weapons and colorful "cloaks of honor" roamed the land, carrying such dignity in their presence. We passed by several villages consisting of humble, cement homes built with tin roofs, as well as local shops and schools.

We finally arrived at our camp destination, warmly welcomed by members of the Maasai tribe. As we spent the next two days safari gazing, I'll easily admit that my favorite part was spending time with the Maasai people. We were privileged to spend time in their village, learning about their culture and history. As we received an honorable tribal dance by the Maasai men, giggles and hugs from the kids, and warm smiles from the women, my heart soared. God's imprint of love was all over these people. The characteristics of His dignity and glory glowed on the faces of these beautiful people. His presence was invading this place. They just didn't know it yet. 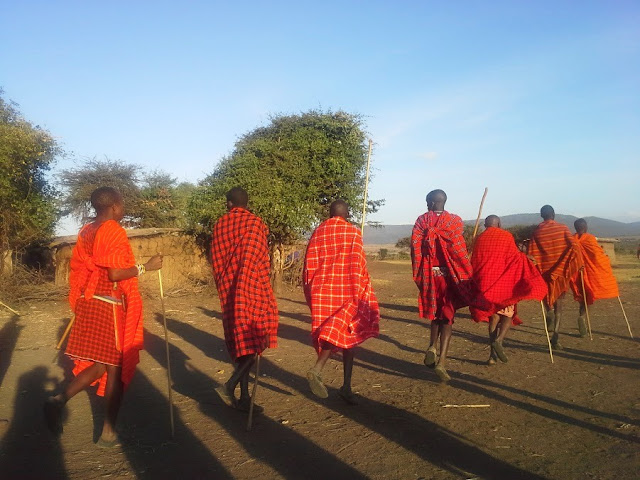 Before our team left the village, we asked if we could teach our new friends a song. As I pulled out my guitar and handed out some shakers, we began to sing "Mighty to Save", explaining the Gospel message to them. That God loved the world so much that He sent His son Jesus to die for their sins, and then rose again so that we might be seated with Him in the heavenly realms as God's sons and daughters!

Heaven invaded this village as we sang, placing words of truth on the lips of the Maasai people. As we continued repeating the words of this simple song, the atmosphere shifted. New songs began to flow within our hearts as we prophetically claimed the land, the people, the animals, everything for His glory. Our Maasai friends might not have recognized the knowledge of the Holy Spirit at that moment.

But they felt Him. We all did. It was glorious! 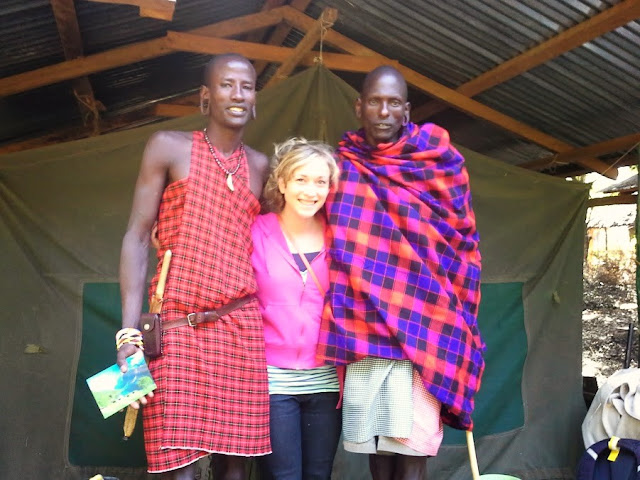 As we reached to our final goodbyes with our Maasai friends the following morning, I secretly did not want to leave. If I had the choice to remain there for the rest of our two-week visit to Africa, I would have! But little did I know this would only be the start to discovering the spiritual wealth of Kenya. And as we drove back onto the bumpy, dusty road exiting the Maasai land, my heart was about to explode and spill over with more oceans of His love than I could ever have imagined.

** Rebecca Burger** Go to http://beethesongbird.blogspot.no/ for more of Becca's blogs
Posted by disciplesofworship at 5:59 AM No comments: