This event is in a way what our entire tour has been leading up to. November 22th-24th we gathered many of the youth musicians we have been working and connecting with in the north during the tour for a weekend of connecting and inspiring each other and of course worshipping together. 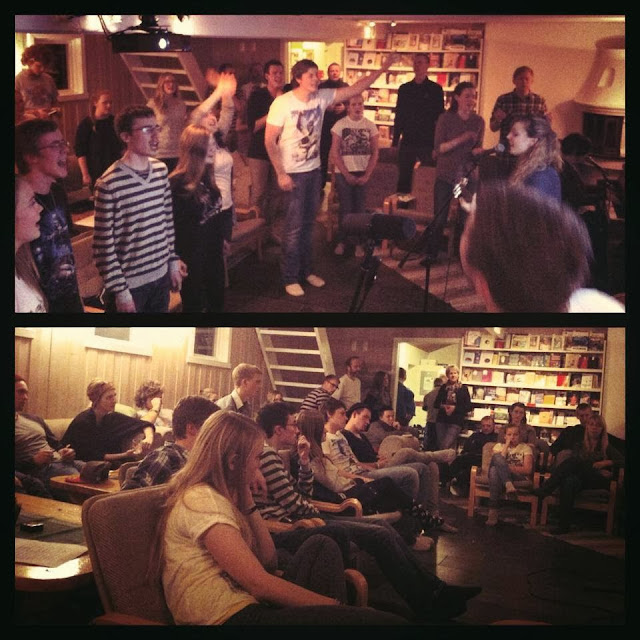 We started off the weekend with a fun social night getting to know each other and worshipping our great Father. It was so good to stand in the living room where we worshipped and see all the different youth actually be in the same room! The atmosphere was amazing, so filled of energy, God's presence and a longing for more of Him!
We know the youth from so many different places, and this weekend they got to know each other and be united as a strong generation of worshippers in the north. We had youth joining the weekend from Lofoten, Harstad, Ørnes, Tromsø, Sommarøy and Alta. I believe many important connections were made this weekend, and hope and pray that they will get to strengthen the bonds between them and encourage and support each other in the future. 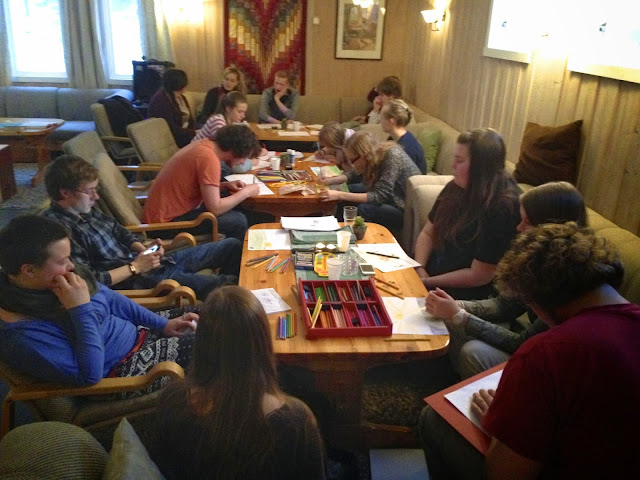 The weekend was filled with many activities, such as small groups where the youth got to connect more with some of the people they didn't know before and we had explorations within prophetic dance and art. It was so good to just be able to let the creativity flow and open up for God to work through it. In the art exploration we both painted/drew to God and got prophetic pictures from God for eachother. The youth really got encounters with God in both the art and the dance exploration time. Dance is really powerful, and it is amazing seeing the youth getting a new level of freedom.

One really special thing we got to do was practicing songwriting, focusing especially at releasing the sounds of our own dialects and focusing on what God is wanting to do in our home area. We were all divided into groups from where we're from, and what came out were several really good worship songs! 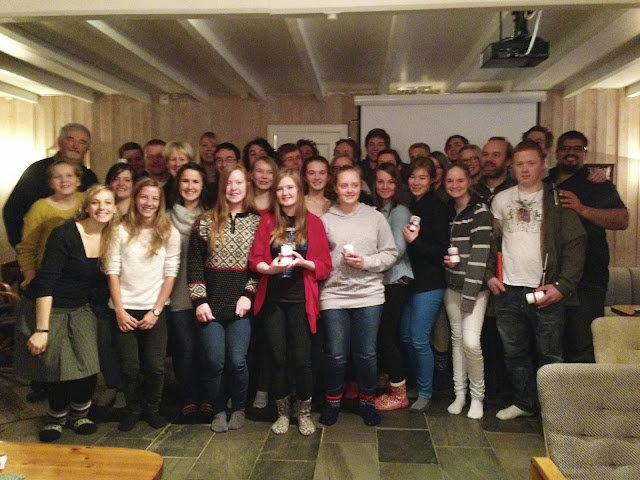 The Sunday service also was a highlight from the weekend, as we got to have a time of commissioning all the youth to be lights in the north for God as we were praying for them and their home places. As a small symbol of this, each of them got a small white candle with a norwegian flag-colored ribbon and

The weekend really turned out to be a success, and was a highlight of the tour for us in the team. We feel so blessed to have gotten to know all these amazing people over the last year and a half, and it's gonna be so exciting to see what God will do in their lives in the future! "Treffpunkt" (Meeting point) was a perfect ending to our tour, and we look forward to how the youth continue in their calling to reach the North themselves with their worship & music. What an amazing God we serve!

As I am writing this we are on our way back south to the eastern part of Norway for our debrief and recording of our very own EP with the songs we have written as a band this tour! There is not much to say other than that we are super excited!!

- Jannicke
Posted by disciplesofworship at 10:16 AM No comments:

Praise God! What a city, what a group of people and what a weekend!
We were in Alta 13th-19th of November, working with the Filadelfia Church. 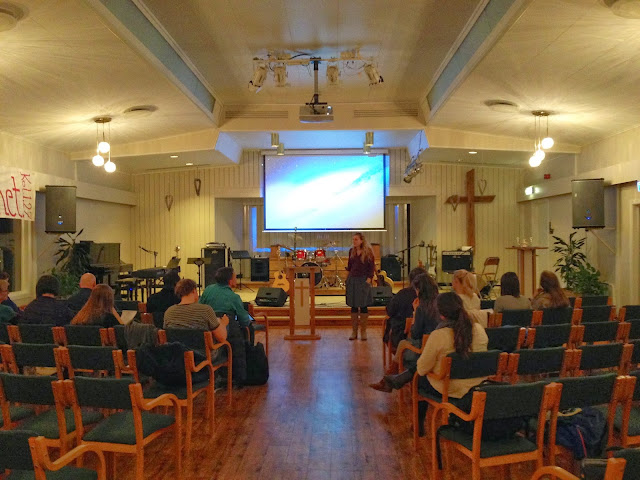 Thursday night we had a seminar where Mary Elizabeth taught on the identity of a worshipper. It was really good getting to connect with some of the worshippers in Alta! It was great getting to inspire them in what they carry as worshippers. 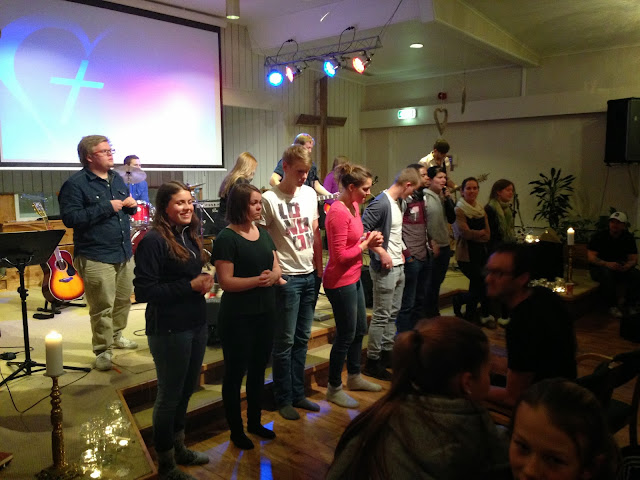 We also had the pleasure of cooperating with another team, coming from Veien Bible School in Bergen. Together with Veien and the local youth workers we were leaders for a youth weekend called Møtepunkt 24/7 (Meeting point 24/7).
Saturday we had different seminars the youth could choose from; Hearing God's voice, Creative worship, Worship leading and songwriting and a seminar where they went out on the street to pray for people and share the Gospel. 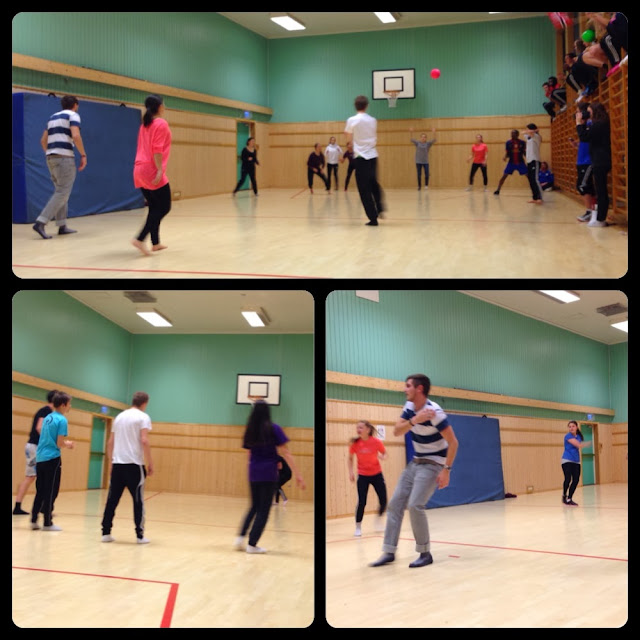 We also had a dodge ball tournament where all of us participated, and it was great fun (maybe especially because my team won, haha). We could also buy "dirty tricks" to get advantages in the tournament, and the money collected were given to the Philippines.

It was so much fun to work together with the Veien team, and it really was an amazing weekend! It was so good seeing all the youth gathered in the room worshipping God and really getting touched and transformed in their hearts. I think we were just as touched by the Holy Spirit as the youth, and the atmosphere the whole weekend was really good.

Prophesies were also a significant part of the weekend, and many people received prophesies and words of knowledge over their lives. There was several people getting healed this weekend as well, for instance one girl having a shorter leg that grew out as she was prayed for! God is so good. 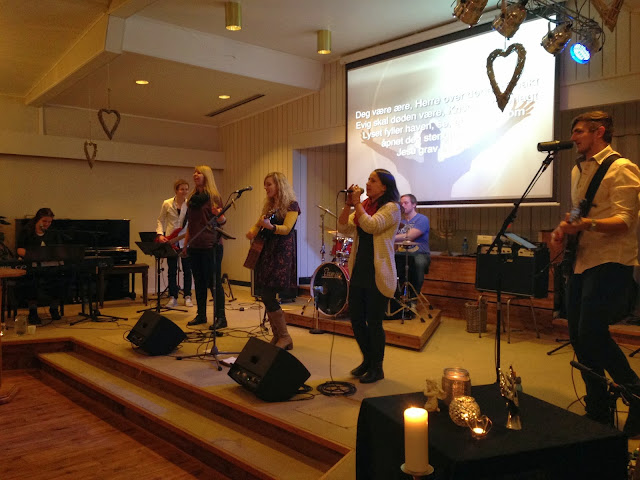 Sunday night there was an evening service where the whole Filadelfia congregation came to join the youth who had been there for the weekend. The generations together, one of the important values to our team!

We really believe Alta is a hotspot for Finnmark and what God is wanting to do in the north. There are so many prophesies about revival in the north, and we see God working and using the Filadelfia Church in a special way. They have been so faithful in stewarding what God has given them, and working with the youth they have there. When we are faithful with what we already have been given, God can entrust us with even more, and this is something we see in Filadelfia Alta. It will be really exciting to hear what will happen in Alta in the future!

It's almost unbelievable that we only have one weekend of ministry left before we start on our way south again... Where did the three months go? On the other side we have so many memories to look back to, great places we have visited and many amazing people we have connected with. It's pretty nice having new friends all over the north!

- Jannicke
Posted by disciplesofworship at 10:15 AM No comments:

5th-13th of November we were in Kasfjord outside Harstad.
We lived at Rivermont Youth Center the whole time, and had a really good time connecting with the youth band Sound of Worship again.

The weekend was spent at the Prayer Conference that was held at Rivermont. It was a really good weekend where both Mary Elizabeth, Henriette and Jim were teaching and both Disciples of Worship and Sound of worship led the worship for the meetings. It was a conference where God did a lot of work in many of our hearts, and many were touched by the Lord. It was great seeing the people released in the Holy Spirit's freedom, and the room was filled with energy! 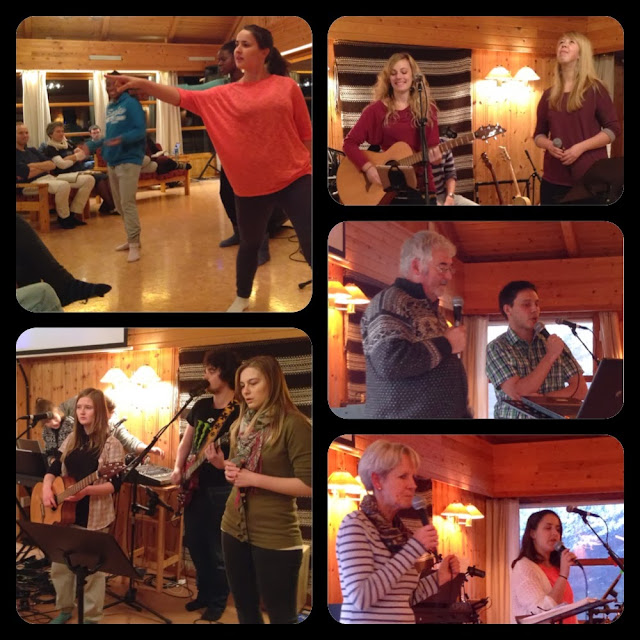 There has been many prophesies about revival coming to the North of Norway, and Jim's teaching was on this topic. Yes, we do want revival, but are we really ready for it when it comes? Have we really prepared ourselves? These are important questions to ask ourselves. The north is hungry for revival and God is preparing us to be able to carry it when it comes.

Monday night we joined the prayer meeting in Kasfjord Baptist Church. There was few people, but what a powerful night! The Holy Spirit fell heavily in the little room, and it was a really special experience. 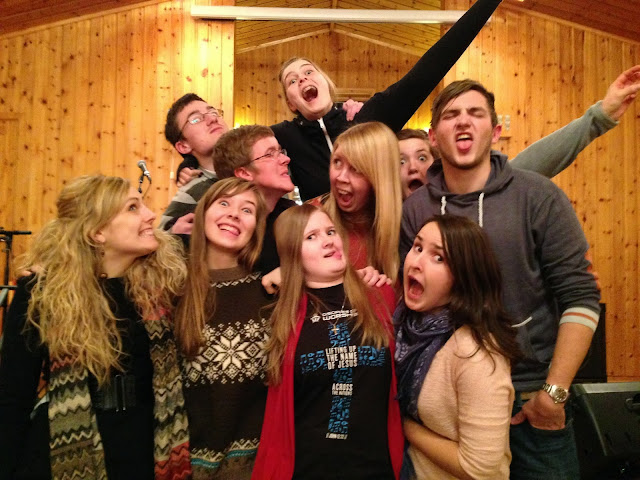 Tuesday, our last night, we got to be with Sound of Worship again and had a good time of supporting them and encouraging them in their mandate in the north. We really love spending time with these youth, and we are so proud of them and how they are traveling around in the north inspiring people and even experiencing people coming to know the Lord!

Wednesday morning we headed up north once again - we were on our way to Alta!

- Jannicke
Posted by disciplesofworship at 8:39 AM No comments: